Today, July 6, 2020 the LONDON Advertising launches her biggest ever campaign with 10 TV ads, 27 outdoor posters and press ads with fully integrated online and social media. Featuring two of the world’s biggest stars, the campaign represents a number of firsts. The biggest surprise of the campaign that is expected to reach 30 million people, being who the client is. The campaign objective is to get chief executives, managing directors and marketing directors to keep advertising.

The whole idea is rather than crying into her Corona with the with the coronavirus outbreak snatching a significant loss from London Advertising’s revenue, the London advertising would rather justify the importance of keeping advertising budget alive.

“If we had a client who had this problem we‘d advise them to advertise,” says London Advertising’s chief exec Michael Moszynski, as he discusses his agency’s decision to take the plunge and advertise its way out of lockdown. “From our knowledge, companies that advertise during a downturn gain market share against their competitors who don’t. So we saw it as an opportunity. When have you ever seen an advertising agency advertising itself?“

A graduate of Saatchi & Saatchi in the mid-eighties, Moszynski said he decided to take a leaf out of its book, which is – there is a benefit to being well-known. “There’s a good expression, which is ‘never waste a good crisis,’“ he says. “People are watching more TV at the moment and it’s cheaper because campaigns are being canceled. So we thought we could get a bigger campaign going than we could have done when the economy was at full tilt.”

Moszynski explains the rationale: “Attributed brand recall has gone from like 35% in the 1960s to 8% now. On average, only eight out of 100 people remember, which means 92% of the money spent on media advertising is wasted.

“But there is a solution to it which is creativity – because creativity exists to solve problems. There‘s no point in having a clever strategy or execution if people don‘t notice it. You‘ve got to cut through, so people see and absorb your message.“ 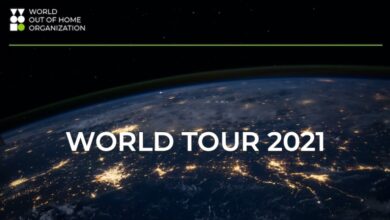 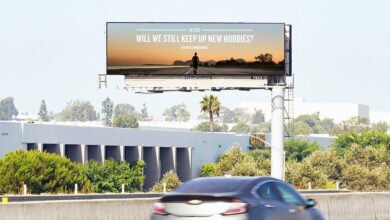 Global Out of Home Industry’s Message to Advertisers: Audiences are back! 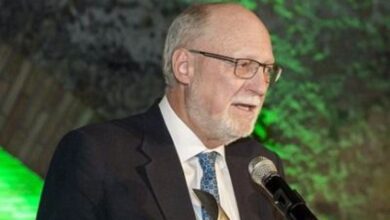