It is not news that Out of home or outdoor advertising “is the oldest mass communication medium known to man”. Similarly, a winning advertising campaign often stem from Out of home creative execution and same can be confirmed by renown creative admen of all time.

What becomes worrisome of late in the Nigerian market is how the medium is being used by most advertisers including the big four (if they truly exist). Perhaps, the stereotype of seeing Out of home media as merely a support medium has not helped in deriving much from the potentials of this versatile channel of advertising.

Unbeknown, too many advertisers and brands are missing out of the seemingly endless deliverables wrapped in the ubiquitous nature of the oldest mass communication channel. Interestingly, Out of home is so capable to deliver on any advertising objective whether as exclusive or inclusive medium. It is indeed up the brand custodians (advertisers, advertising agencies and media independent agencies) to make the best of the ever present medium.

The ever present demand of Out of home advertising remains thinking out of the box by all stakeholders, which brings one to the on-going linking of National Identification Number (NIN) to Sim/mobile numbers of Nigerians. The GSM operators have engaged multiple mass communication channels including broadcast, print and online media apart from owned platforms (mobile) to mobilize subscribers to comply with Federal government directives. However, the medium that is ever present on the roadside, in-mall, at destinations even in-transit seems neglected in the mobilization efforts. The growing number of digital out of home inventory that would not even require any extra printing budget lends itself to the objective of the on-going mobilization campaign. I can’t recount how many times I longed to see those *000# boldly appearing on DOOH prompting the subscribers to either link their NIN to their lines or *000# to know their NIN, when I drive or walk pass them. Perhaps, there are some OOH sites being used for the mobilization campaigns (just in case I’m wrong, which I know I’m not) but they are not enough because I have not come across one so far.

Let us take it that someone is listening or even starting to think out of the box just because out of home advertising demands so. 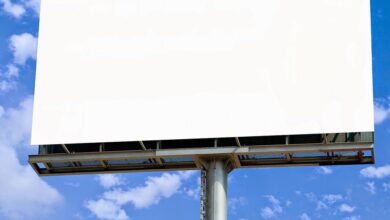