The Stakeholders present at the recently held Annual General Meeting of the Outdoor Advertising Association of Nigeria (OAAN) in Abeokuta, Ogun State, took turn to pure out accolades on outdoor advertising practitioners registered with OAAN.

In his speech as the guest speaker, Dr. Josef Bel-Molokwu a former Registrar of Advertising Practitioners Council of Nigeria (APCON) recalled that OAAN has always been a trail blazer among the sectors that make up APCON. He equally adjudged OAAN as the most responsive and cooperative in his days as the Registrar of APCON. Dr. Bel-Molokwu who is also a fellow of APCON in his presentation titled; “Corporate Governance and Business Continuity Amidst Security and Economic Threats” stated that, “The Outdoor (Out-of-Home or Third Space) advertising business is today a major stakeholder and operator in the Nigerian economy. OOH has indeed grown to become the second top advertising subsector by revenue, after television,”

He posited that despite the dwindling revenue and other socio-economic challenges faced by Outdoor advertising in Nigeria, the sector has done well in contributing to economic growth of the country and not left behind by other advertising sectors.

The Co-host of the 36th OAAN AGM held on June 25, 2021, His Excellency, Prince Dapo Abiodun the Executive Governor of Ogun State who was ably represented by Fola Onifade, General Manager of Ogun State Signage and Advertisement Agency (OGSAA) mentioned that OAAN has over the years been a great touch-bearer in promoting innovative, qualitative and responsive advertising across Nigeria. He added, “Your importance to businesses, the economy and society in general can never be overemphasized”. Governor Abiodun also said, “In view of the need to ensure a technology-driven Agency, in line with our “Building our future together” Agenda, we set up a State Signage Manager to manage a data base for all Billboards and Signages in Ogun State”.

In his further remarks, the executive governor of the state, Prince Dapo Abiodun said the agency was able to resolve the debilitating issues of vacant sites, quackery and billboard clusters, in the state’s outdoor space, through effective collaboration with critical stakeholders.

The Chairman Board of Trustees, Outdoor Advertising Association of Nigeria, (OAAN) Chief Kole Ademulegun in his address urged members to be more disciplined in their dealings in the outdoor advertising profession.

Chief Ademulegun said that if there is self-regulation among members, there would not be need for anyone to tell them what to do. The BOT chairman thanked the executive committee led by Chief Emmanuel Ajufo for an exceptional job they have done in the last two years and urged them to do more in the next two years in other to continue to move the association forward.

“We have had executives before now but this current executive has proven that great things can happen to us as an association.”

In his address, the APCON Registrar and CEO, Dr. Lekan Fadolapo who was represented by Mrs Ijede Iyoha equally commended OAAN for steadfastness and cooperation. While Femi Adelusi, President of Media Independent Association of Nigeria (MIPAN) who doubles as Chairman, Heads of Advertising Sectoral Groups (HASG) joined other stakeholders present at the OAAN 36th AGM to commend the association for consistently representing the advertising profession in good light. He acknowledged the large turnout and participation by OAAN member companies in attendance at the AGM.

Welcoming Guests to the event, the President of OAAN, Chief Emmanuel Ajufo thanked the Board of Trustees of the association and past presidents for their support. He added that the AGM is a special one, because it is one that marks the end of their two-year tenure and beginning of a new one, noting that the association is not yet near where it should be. “As we start the new tenure, we will be asking for even greater support and understanding from us all,” he explained.

Ajufo equally expressed delight at the level of cooperation and support the association has received so far from the Ogun state government and specifically expressed gratitude for the co-sponsorship of the 36th AGM.

The OAAN President true to his leadership style would not complete his speech without acknowledging his constituency as he added,

“The Executive members have been wonderful and have worked tirelessly for the growth of our association in the last two years.”

“Our members have been the strength behind all that we have done and we are indeed very grateful”.

World Out of Home Organization steps up Africa initiatives 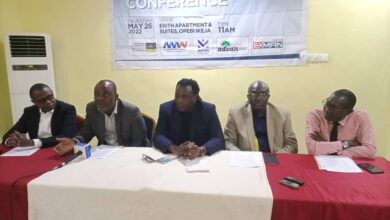 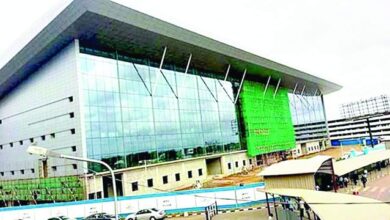